I’m an alien. Well, not anymore, but I was one. You see, my family immigrated from Sao Paulo, Brazil to New Jersey the April before I turned eight.

New Jersey was my home until I married my husband and moved to Michigan, which is where our two children were born. While our kids were yet quite young, we lived in Germany for four years working mostly amongst refugees. Returning to Michigan led us into pastoring a multi-cultural church in East Lansing for eighteen years. More recently, my husband became a district official within our denomination. 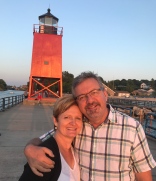 The man I married over thirty years ago is the hero of my own personal love story. He has taken me on an adventure to more places than I ever imagined I’d see: Germany, Austria, France, Italy, Lichtenstein, Czech, Switzerland, Belgium, Luxembourg, Brazil, Dubai, Mexico, Canada, Jamaica, Haiti, as well as most of the states in the US. 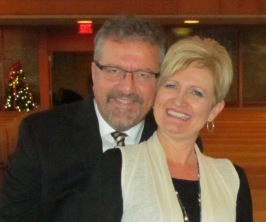 My writing journey began at approximately the age of twelve when I decided to write my first novel, but feeling overwhelmed at having to use longhand for an entire book soon caused me to give up on the idea. Instead, I read voraciously, especially romances

because a happy ending was a necessity. I’m a firm believer that a sad conclusion to a book is not entertaining. I’ve been published in two magazines and have written many newsletters, but for the most part, writing has been for my own enjoyment.

Once the children arrived, my time was fully invested

into raising them and homemaking. I also assisted my husband in ministry, including hospitality, women’s ministries, bible studies, etc., and worked a part-time job as a medical transcriptionist. However, with my husband’s new position and an empty nest, I found time to pursue something I’ve longed to do for a very long time: write Christian historical romance novels.

Much of life and godly living can be learned from the pages of a romance. I’ve read countless novels. I’ve made up hundreds of stories in my head, but never took the time to put one down on paper . . . until now. I am an author of a Christian historical romance. My desire is that my readers will find wholesome entertainment within its pages and encouragement for whatever they may be facing in their own lives.